Next up we have a brand new Giant ATX…fresh out the box. Literally. After adjusting all the components correctly (both gears and mechanical disc brakes were WAY out), it was ready to start its career as a coach’s bike for the West Lothian Clarion Cycling Club. First outing at Beecraigs Mountain Bike Trails proved it’s up to the task.
The Trek XTC arrived with THE WIDEST bars I’ve ever ridden. I’ve got arms like a chimp and I was struggling. The bars weren’t the issue though; the brakes were. Hydraulic brakes are great when they work but can take some diagnosis when things go awry. Subtle adjustments to the front, and the same for the rear (along with the extraction of a teensy bit of hydraulic fluid) meant lever feel was good, as was stopping power. I suspect moisture may have got in to the rear hose at some point, causing expansion which pushed the pistons out. All good now though.
A Raleigh Bicycles Monchique up next. This bike has sentimental value to its owner, and whilst it needed a fair bit of investment, the end product is a cracking wee bike. New rear wheel, Sturmey-Archer (SunRace) freewheel, KMC Chain USA chain, new Schwalbe tires (official) Range Cruiser tyres and Fibrax Limited cabling means its owner can now (safely) keep up with her kids.
A Cube LTD that needed new stoppers having worn out a pair of Clarks items. Shimano MTB XT hydraulics were measured, shortened, fitted and adjusted. The modulation on these is awesome, and they don’t cost the earth. 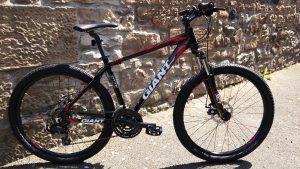 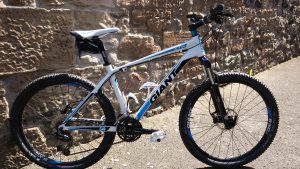 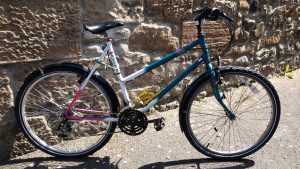 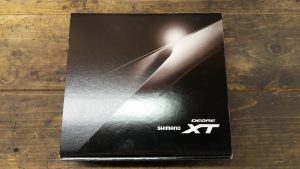 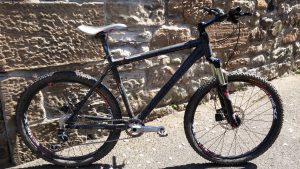 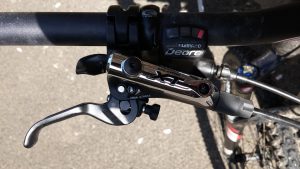